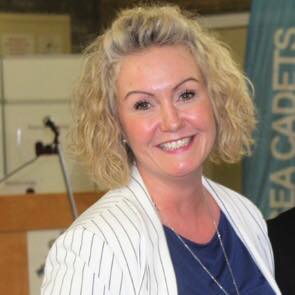 I’m very proud to be able to say that since inception (in April 2009), the East Kilbride Community Trust (EKCT) has come a long way, in a very short space of time.  This is purely down to lots of hard graft and the fantastic support we have received from our community in East Kilbride.

East Kilbride is Scotland’s oldest New Town (1947) and was one of the 5 new towns created in Scotland to combat urban decay as it was originally built to take the overspill population from Glasgow after the Second World War.  East Kilbride is roughly 8 miles south east of Glasgow city centre and is a new town within the Greater Glasgow conurbation.  Unfortunately the town is now its own victim of urban decay but we recognise this and are working steadfastly to combat it as we regenerate the area.

According to last census data it is now one of Scotland’s largest towns, East Kilbride has a population of approximately 81,000 people, in about 38,500 houses – and the town is still growing fast and needs new facilities to support this growth as it is not currently well endowed with good community facilities.

As Chief Executive, it is my role, to ensure that our projects promote positive and necessary change for the community and comply with the our charitable trust aims as well as falling into line when they can with the Scottish Governments, “A Stronger Scotland The Government’s Programme for Scotland 2015-2106” and South lanarkshire Councils “Single Outcome agreement” objectives.

It’s therefore also good to recognise and be able to measure our successes to date. Therefore I have pulled together a brief synopsis of all the different projects we have covered, constructed, partnered and project managed since our commencement as a Charitable Trust. These achievements are the building blocks which have built the solid foundations of the Trust and which benefit the community of East Kilbride.

We do what we can to help our local community with the resources we have.   I would very much like to extend the offer of coming on board and joining us in our quest to make East Kilbride even better than before.  If you felt you would like to get involved then we would love to hear from you.  I cant begin to convey in words how much we greatly appreciate the wonderful people that give up their time to volunteer, to help the people in our community that cannot always help themselves.  Time is the most valued commodity of which no amount of money can be bought back.

The Trust strap line is “Building a Safer, Stronger, Happier Community Together”, our aim being, to bring the community together to promote a healthy lifestyle for all.

If you would like to get in touch with me then please do not hesitate to drop me an e-mail at monique@ekct.co.uk