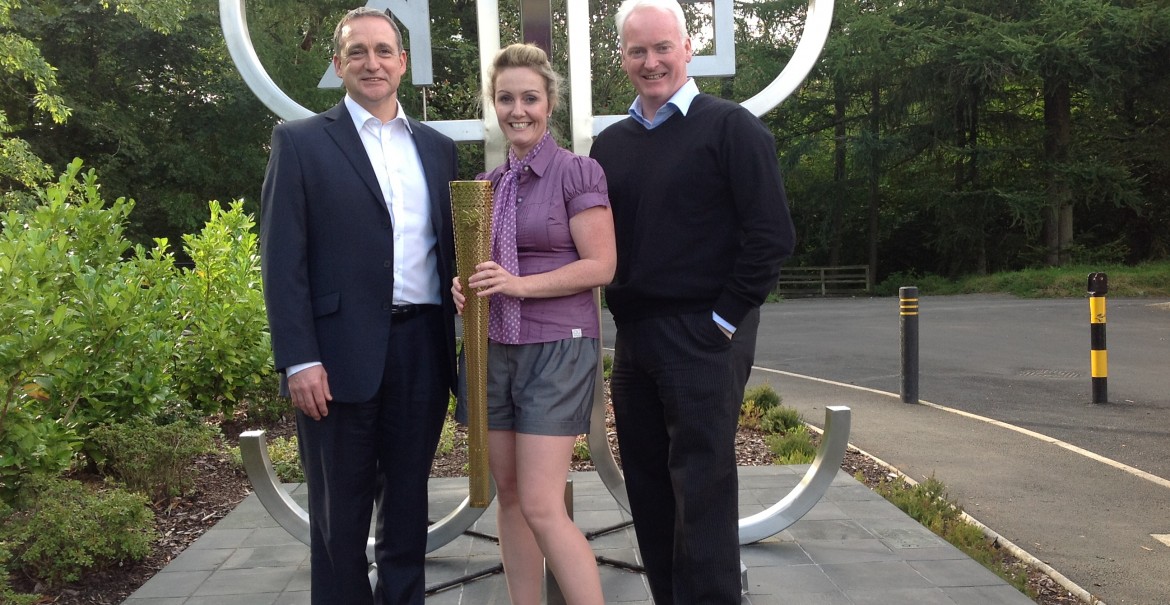 Paul McStay, a legend in his own lifetime, ex Scotland and ex Celtic captain took time out of his family vacation to come to K-park Training Academy to accept the olympic torch on behalf of the East Kilbride Community Trust (EKCT).  Paul has been good friend with EKCT trustee Liam Donnelly for a long time and wanted to show his support for the good work the charity is doing.

East Kilbride like most of the nation experienced 2012 Olympic fever not so long ago with the main focus being in London.  Thanks to Sean Walls, co-founder of East Kilbride charity Sight Aid International and local charity, EKCT, the people of East Kilbride can now experience their own personal Olympic moment at K-Park Training Academy.

Paul McStay said, “The East Kilbride Community Trust has achieved a lot for the people of East Kilbride in a short space of time.  I have no doubt it will keep striving to accomplish a lot more.  The facilities at K-Park Training Academy are fantastic, truly first class.  It’s a great tribute to supporting grass roots football”

EKCT Chief Executive, Monique McAdams, said “We are flattered that Paul McStay accept the torch on our behalf was wonderful.  He was a true gent.  I also want to thank Sean for donating this wonderful piece of of iconic Olympic memorabilia for the people of East Kilbride to enjoy.  It is in fitting with our ethos of being a charity that is focussed on health and fitness”

Monique and Sean are both heading to Kenya on 2nd September on a charity mercy mission and will be taking the torch on its next leg of its journey before it comes back to rest at K-park Training Academy.